Our biofiltration installations in the Municipality of Cascales have evolved into a far more intensive and exciting project than we initially anticipated. We have directed our efforts over the last 5 months towards expanding this project. We’ve embraced our role as consultants for the local municipality and thus aim to investigate solutions for treating point-source contamination, such as: sewage water, butcher waste, inorganic landfill deposits, and organic compost. Prior to our consultation, all of these point-source contaminants leached directly into rivers without any type of filtration. This impacted ecosystems by overloading rivers with excess nutrients, characterized by extremely high biological oxygen demand. This has been detrimental for wildlife downstream, as well as poisoning bathing sources for local community members.

CoRenewal has provided the Municipality of Cascales with biological treatments for these point-source contaminants.  Furthermore, we have proposed opportunities for generating new sources of income via repurposing waste products by producing and selling organic compost, woodchips and mulch. In addition, we hope to purchase a machine that can fabricate durable building planks made from waste products, as well as develop a local deposit center for batteries and electronics. Moreover, we plan to continue offering educational courses on themes related to recycling. As we educate local people to reduce, reuse, recycle, we encourage our community members to reject plastic bags, plastic bottles, and other various disposable items.

We are grateful for this opportunity to work with the city of Cascales, at the core of its planning and processes. We are confident that our contributions will benefit the ecosystem and the municipal practices within Cascales. A majority of municipalities throughout Ecuador have similar practices of dumping their city wastes directly into the river, without any treatment or filtration. Fortunately, as a result of annual municipal conferences, every municipality in Ecuador is exposed to practices performed by other municipalities throughout the nation. Our collaboration with the municipality of Cascales has the potential to be replicated in other cities throughout Ecuador because it is a promising, inexpensive, and effective biofiltration system.

Landfill Project at the Municipality of Cascales:
In January of 2016, we put our focus into supporting the collaboration of AMP’s co-founder and bacteriologist Robert Rawson, president of International Wastewater Solutions and patent holder of the IOS-500 bacteria. With over 40 years experience in wastewater management and over 30 years experience in bacterial bioremediation of petroleum contaminated soils, Rawson has been a pivotal player in the development and implementation of bioremediation solutions on the municipal level in the city of Cascales, Ecuador. The same bacteria that is cultivated on-site at the Cascales landfill are the same species that Rawson has had international success using in bacterial remediation of petroleum contaminated soils and waters. So essentially, the “compost tea” made on-site has the dual benefits serving as a biological filter for the landfill runoff, as well as the inoculum for the pilot projects of IOS-500 in Sucumbios.

We are currently in the process seeking funding to support the local training, labor, and equipment to move forward with this pilot project in the Ecuadorean Amazon.

Outline of treatment plan for landfill of the Municipality of Cascales:

Image 1. Blueprint of Treatment Plant of Residual Solids, Municipality of Cascales, Ecuador
In Image 1.,The city’s sewage settling tank (#1) was already in place, collecting black waters from the cities population of 14,000 inhabitants without any type of filter before discharging into the river. CoRenewal implemented sand and rock physical filters (#2) that then pass the leachates on to the IOS-500 biological bacteria nursery tanks (#3), where the nutrients and pathogenic bacteria are digested, and then passed through the final touch of a physical biochar filter before entering the river. The leachates leaving the landfill (#7) are exposed to the IOS-500 bacteria at the revision box (#4). To increase retention time and and oxygen these combined leachates are passed through a settling tank (#5), re-pumped over a biological trickling filter (#6), and passed through the final touch of a biochar filter before entering the river.

In image 1., filters 2,3, 5, 6, 8 and 10 have all been designed and constructed on site with the collaboration of CoRenewal members and the engineers of the Municipality of Cascales between the months of november 2015 and february 2016. Operation manuals for each point are in process to elaborate on the process, and train locals on function, maintenance, and troubleshooting for each station. Stations are numbered on the map for on-site applications of the IOS-500 bacteria (#2) to treat the sewage water (#1), butcher pits (#11), landfill leachates (#7), as well as formulate a rich and healthy organic compost product (#9). ​​

Image 2. CoRenewal members alongside Manager of Cascales’ Landfill working together to build bacteria nursery tanks on-site.
With our proposals, the Municipality of Cascales has a pending order to buy an industrial wood chipper to provide a carbon source to the high nitrogen butcher pits full of blood and carcasses, as well as sell mulch and woodchips as a side product. To take it even further, what were once waste products are now used as nutrient rich food to augment the bacterial populations of the IOS-500. They have also made the order to buy a machine, fabricated in Ecuador, that converts the plastic waste products into durable building planks (http://americancierraequipment.com/).

CoRenewal members have taught the municipality how to make Biochar on-site to provide the final filtering touch on all discharge tubes. Biochar can also be a selling product for home water filters. Maintenance suggestions have also been provided for the city to create its own fertile, organic compost from city organic waste separation.

Moreover, the municipality of Cascales is on its way in a competition to become “the most ecological city in Ecuador.” The mayor hopes to achieve this title with a landfill that will last longer in duration, by producing various useful products from waste, and with its education campaigns to replicate these projects other municipalities throughout Ecuador. After our first meeting and proposal to the mayor, he expressed the objective to make the landfill of Cascales a tourist attraction with beautiful paths to show native plants grown by their on-site organic compost, with little to no trash in the landfill, highlighting and educating the various processes of recycling and repurposing. The mayor himself hopes that this project can become a training center for other municipalities and schools to follow.​​ 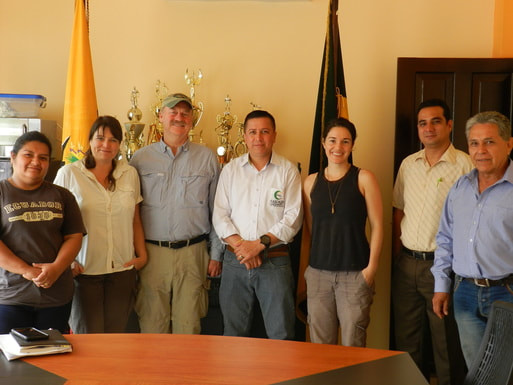 Image 3. CoRenewal members alongside Mayor of Cascales and Manager of landfill inside the Municipality of Cascales
The applications of the IOS-500 bacteria that are now being produced from the landfill leachates are numerous. International Organic Solutions Inc, with the leadership of CoRenewal board member Robert Rawson, has used this bacteria for wastewater management, bacterial remediation of petroleum, and many agricultural applications in many countries. More information can be found at http://ios500.com/.

Big thanks to our donors, and many supporters for helping make this happen! ​​